For elements related to the world of Gaïa and its mysteries.
Responder
35 mensajes

Of the official characters that I know of so far, would probably have to Schwarzwald because SCIENCE.
Arriba

I just want to say that my favoriter "Charter" is Paradise Paradise Island.
(Please don't fix the title so my joke doesn't make sense.)
As for my favorite character, he is not a big player by any means, I just love his story.
A little boy named Marcelino (Gaia:BTD, page 102)
Changing my avatar, gonna miss the old one
Arriba

Oooh little Marcelino, I played that adventure and one player got to hate it so much, but poor Marcelino was trying to be useful only
Arriba 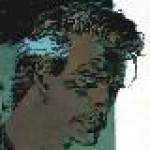 One of my players absolutely adores Marina Daorland (Galgados). Another really like Kairos.

For myself, it's a bit of a tossup. Manah Razz or Alystaire Fardelys, I suppose, mostly because I've had to use them both quite a bit and their personalities (in my game) turned out to surprise the heck out of me. ^_^
"But something like Guy-With-A-Zombie being saved by Bob the Zombie getting in the way while I Will Always Love You plays in the background... That I would not allow."
- Blues
Arriba 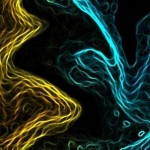 I'd have to say Manah Razz myself. Like with Sharpandpointies, she turned out to be a very interesting part of my game.

Gaul takes top spot for me, followed by Samiel. The figure of Remiel I find quite fascinating, and the absence of explanations about Lucanor's agenda makes him decently intriguing.
Arriba

There's a lot of them I really want to learn more about, like Nemesis and Lazarus for example (would love to see Character Sheets for these AS)

But if I had to choose with what little I know, I'd lean towards Clover for now. . .Or until I recall another I really like. There's a lot to go on here of course. Lol
Arriba

Dorjan Kartabak. Can't help but love the old man.
Apparently "You can't put JoJo on all your Anima material!" was a warning and not a challenge...
Arriba
Responder
35 mensajes